The Origins of the Conversation

The ability to converse separates humans from all other lifeforms. But in this digital world, have we lost touch with good conversation? Or can technology actually make conversation more meaningful?

“Good conversational debate is an end in itself, and talking for the love of conversation is what makes us human” Bryce Courtenay, novelist.

A baby’s first words; for many, this is the most momentous and celebrated milestone of an infant’s development. More so than wobbly first steps, or moving from pureed dinners to solid food, because — by exhibiting the ability to verbalize — the family experiences a dramatic and dynamic shift. The youngest one is now ready to join in the conversation around them.

And it feels good to talk; social interactions alter the neurotransmitter and circuit activity in your brain, decreasing stress, anxiety, and depression, whilst washing calm, happy hormones over the body.

This is true for everyone — even introverts who are often mistakenly assumed to communicate less than their extrovert counterparts. Yes, there are communication differences, but these don’t necessarily amount to lesser enjoyment in conversation. The reality is, that across the spectrum of personality types, and depending on the context, certain people prefer certain topics and ways of communicating. Indeed, better understanding these differences can lead to more effective communication across the board.

Language and communication skills develop quickly; by the age of five, a typical English-speaking child will have an active repertoire of 3,000 words. Considering speech begins at around 10-12 months, that’s a rate of 750 words acquired per year; approximately two every day.

We marvel at the everyday miracle of language acquisition, and how it can feel as though a weight has been lifted when we have a good talk with a colleague or loved one. But how much do we know about where conversation came from, how it first developed, and what it’s evolved into today?

To find out, we have to go back many, many, many generations…

To try and pinpoint when the first conversation occurred is a near impossible task. Today, scientists still can’t agree on even a rough, ballpark timeline for when humans started to talk to one another.

London’s revered Science Museum places this at 100,000 years ago; but research into the migration patterns of Homo Erectus suggests that language began as far back as 1.75-1.9 million years ago, when early tribespeople communicated with each other, to cross the open seas.

Darwin was the first to say that language development came hand-in-hand with tool-making competency, but his claims were overlooked by some as they lacked scientific proof. Today, research from the University of Liverpool Research has found language production and making complex tools require the same brain activity, supporting Darwin’s theory that these skills evolved concurrently.

Even how language developed is up for dispute. Some anthropologists say language developed slowly, from hand gestures and grunts, before achieving more complex syntax and full sentences. Others say an “expressive layer" of language (akin to birdsong) combined with a "lexical layer" (as exhibited in monkeys) very quickly, to form the foundations of modern day language.

The when, why and how language first began will likely be a topic of hot debate for generations to come.

There is strong evidence, though, to say we learn language skills from other people. In unfortunate and disturbing cases of childhood neglect and isolation, children who don’t have early social interactions often miss the vital window of development, meaning they continue through life with little, or no, speech ability at all.

And so it can be said that language needs - or is at least more effective when - two or more people are present. We've all heard the phrase, “like talking to a brick wall"; it’s frustrating, unrewarding, and oftentimes a waste of energy to communicate with someone who gives very little back in return.

Indeed, even internal self-talk (which can be very beneficial) is usually most motivating when spoken in the third person, i.e. “James can do this”, instead of “I can do this”. Doing so communicates from a distanced persona, as if you are in conversation with another, even if that person is actually you.

And so language and conversation are interlinked. We developed language — the method of human communication, either spoken or written, consisting of the use of words in a structured and conventional way — so as to converse.

At school, we are trained in the fundamentals of language — and, at many schools, we are tasked with learning more than one. In our mother tongue, we learn grammatical nuance — where to use colons and semicolons — and the difference between metaphors and similes.

But how well does school educate us in conversation?

Conversation — talk between two or more people in which thoughts, feelings, and ideas are expressed, questions are asked and answered, or news and information is exchanged — is the bedrock of all communication.

And its importance cannot be undervalued.

The elements of good conversation

“Small talk” has a bad rep.

Ask anyone around you to describe what small talk is, and they’ll probably screw up their face and squirm, citing an awkward, forced interaction with an unfamiliar person; that “funny weather we’re having, isn’t it?” type of dialogue which is born from a lack of more inspiring topics to discuss.

But small talk is a conversation, nonetheless.

Small talk is good for our wellbeing, good for business and establishes the trust and rapport required before more significant, potentially challenging, topics can be approached.

Whether you’re dabbling in lighthearted chatting or delving into a deep and lengthy debate, a good conversation shares the same set elements:

If you listen actively to your next conversation, you may well see it follows a similar pattern.

It may jump, from discovery back to hold point, and maybe even back to a peak, as the conversation organically flows, but the point is this: good conversation isn’t an art, it’s a science, and it can be taught and trained.

The next time you’re feeling trapped or passionless in a conversation, draw on the following techniques to change the pace and direction of your talk:

Now, some of the above may sound cantankerous, but in reality, there’s very little difference between a conversation and an argument, apart from the delivery. A good conversation isn’t always based on agreement, and learning how to handle dispute in conversation is an invaluable skill both personally and professionally.

Indeed, communication and conversational skills are imperative in the workplace.

When operating within a team, good conversation brings a wealth of benefits:

Misunderstanding wastes company time, and therefore, money. Knowing how to effectively converse, to deliver your point of view, means you are easily understood the first time.

Listening, and clarifying, are pivotal characteristics of conversation. Practice these, and you’ll never risk misinterpreting a colleague’s message.

As we said previously, conversation skills can be taught and trained; the more you practice, the better you’ll get, and the more confident you’ll become.

As corporate structures continue to flatten, an ability to converse between all seniority levels has a positive impact on workplace culture. An understanding of diverse communication styles — introvert vs. extrovert, for example — helps teams overcome potential obstacles.

Believe it or not, by honing your conversational skills, you’ll protect yourself against outside forces such as manipulation; you can use tact and skill to minimize toxic influences and verbal trouble-makers.

We’ve seen already how relationships are based around communication; with Homo Erectus using language to achieve a shared goal. To add to this, a recent study has proven neural synchrony; that two people’s brain waves will find the same rhythm when held in conversation. Therefore, as your conversation skills develop, so too can your relationships.

Theoretically, this is how conversations should form and play out. However, in reality, this can sometimes be far from the case.

Ultimately, what all of the above boils down to, is increased productivity. If an organization can effectively leverage the power of conversations to create an environment where teams are aligned, colleagues clearly understand each other, and managers and their team members are encouraged to forge strong relationships, then it will surely reap the rewards in the form of more productive individuals and teams and better business results.

Digitalization has dramatically changed the way in which we communicate person-to-person.

The dopamine hit we used to get from spending time in meaningful conversation with friends, family, and colleagues can now often be more easily sought via social media “likes” and other forms of online social validation.

These enormous and in many ways superficial online social networks, however, can never provide everything a more traditional one can. True, humans have evolved to be social, but the networks in which we best thrive are made up of no more than 150 individuals. Compare this to the 2 billion potential connections we carry around in our pockets, via smartphones, every day, and you could say we’re on the brink of social overload.

Texting has overtaken voice calls as the most-used smartphone feature, and 80% of professionals currently use texting for business purposes. In one research paper, 73% of people admitted they would suffer anxiety and panic if they misplaced their mobile phone.

So what does this mean for conversation?

As digitalization makes global, 24/7 connectivity more feasible, it also reinforces the importance of physical connection through face-to-face conversation. Will digital channels negate the need for traditional meetings? No. Quite the opposite, in fact. Consider again the benefits of good conversation we explored earlier; how possible, at least today, is it to misinterpret and misunderstand messages delivered via text or email? How much depth of meaning can a ‘like’ add to a conversation?

We’ve all fallen victim to this: assuming the intonation of a message, and reacting without knowing the full truth (“Did you remember to take the bins out this morning?” may simply be an innocent inquiry from your other half, not necessarily the antagonistic probe you believe it to be!)

That’s why, when it comes to important conversations, there’s no alternative for in-person dialogue. Digital channels may help fill the gaps and bring disparate teams closer together, via video chat, for instance. But whenever and wherever possible, if you’ve got something important to say: say it face-to-face.

Duuoo puts conversations at the core of its platform, enabling all members of the team to have insightful, meaningful and productive dialogue surrounding personal development and professional performance. With Duuoo, you can steer conversations in the right direction, using custom and template talking points, and gather feedback as a means of documenting Discovery and Settlement.

To wrap it up…

Whenever, wherever and however it started, language and conversation has long helped teams work together to create things. The origins of the conversation still ring true today: as a society — or workplace — we still continue to make things, and talk as we do so.

Where technology really starts to shine, is where it can not only respect the origins and importance of proper conversation, but help to make it more constructive. 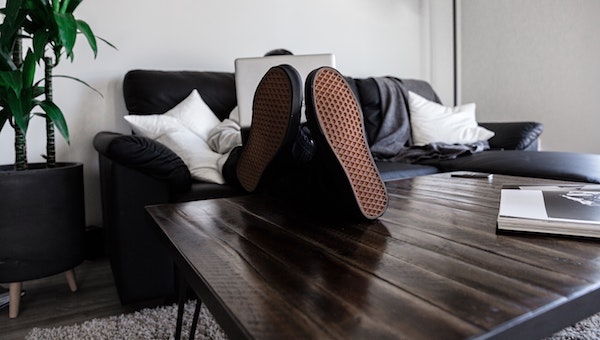 How to Engage Remote Teams

Remote work is on the rise. Whether from home, in satellite offices, or in separate workspaces, a growing number of teams are now collaborating through virtual means. With this, comes flexibility and autonomy, something incredibly important to younger generations of workers. It also comes with unique challenges. Namely, how can organizations best support good communication - key to high engagement - between leaders and their teams on different sites? 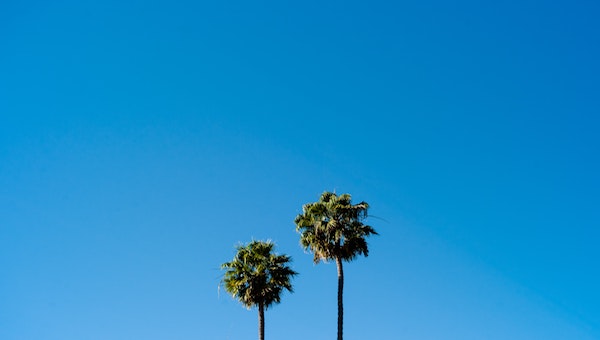 Generation Z, or Centennials, are fast becoming the demographic to watch. If the predictions are right, under 25s will make up nearly 25% of the global workforce in 2020. Are you ready? 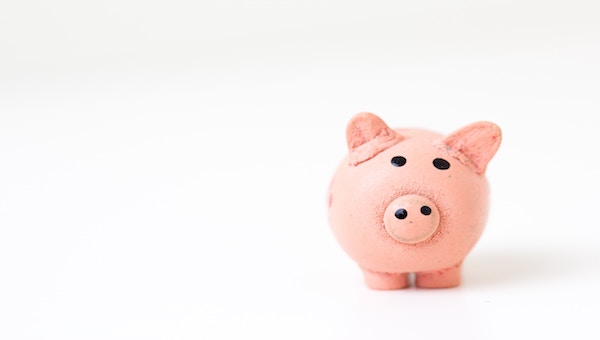 The Case for Decoupling Performance Reviews From Salary Talks

There’s a lot to gain from separating pay from performance — so is it time you changed your approach?