Motivation in the Workplace: How to Get It Right 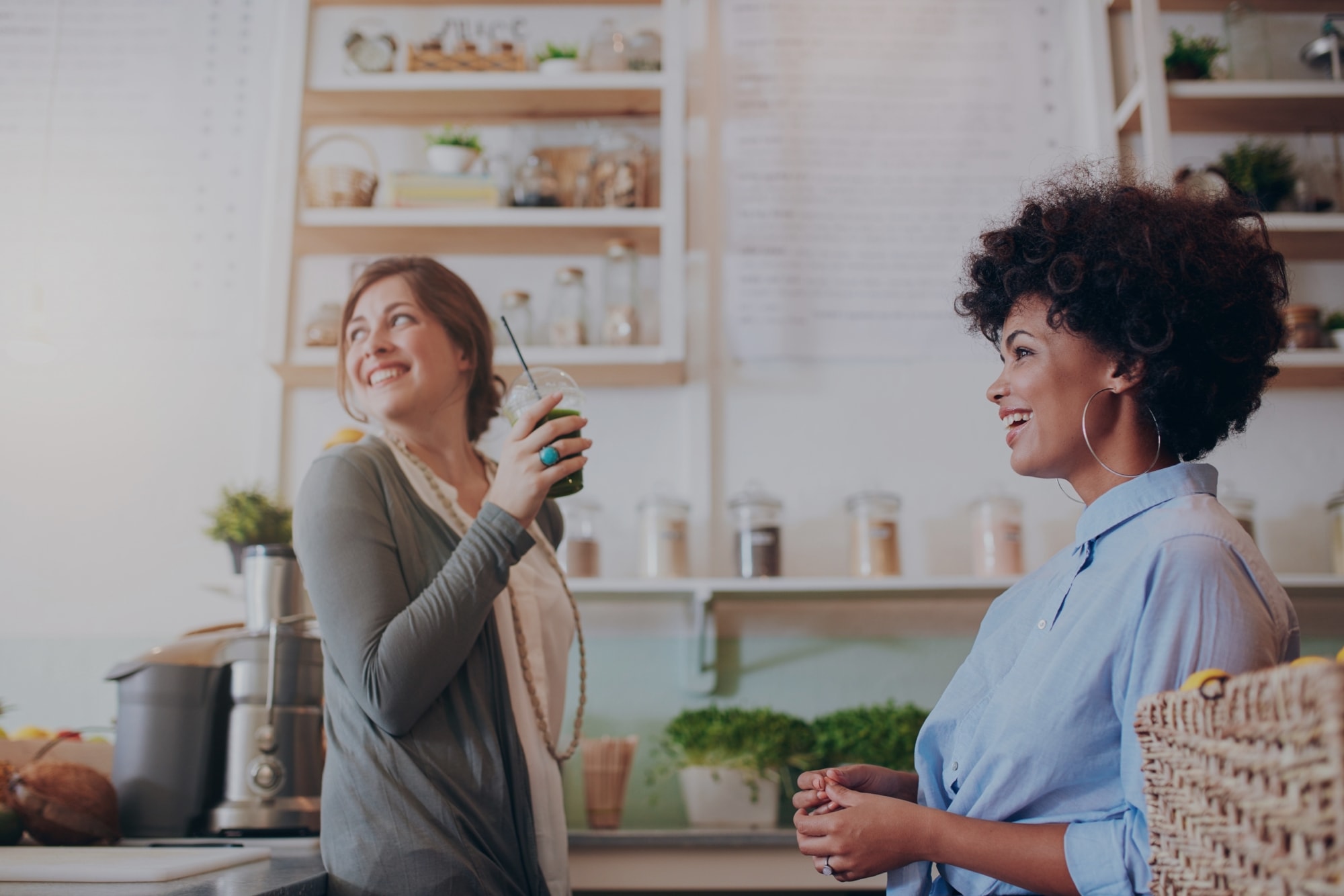 Why do people show up for work in the morning? What drives us to set the alarm, wake up early, commute by car, train, shuttle, by foot, bicycle, self-driving cars or planes? Many creative knowledge workers (and that’s who this article is mainly directed at) have all the basics covered economically and could, if we wanted, live our lives differently. Maybe work less. Get up later. Consume less. Travel more privately - travel less workwise. Go to fewer meetings. Read more books. Take a swim at noon. Or whatever drives and motivates us in the workplace and in our private lives.

Today the borders between work-life and private life have become more fluent. We mix private life and work-life and live more and more boundlessly. Facebook, Slack, Microsoft Teams, HipChat, Google Hangouts, Messenger for Business, Skype, e-mails, etc. All apps that are seldomly turned off and work across the two spheres of life. We seem to find more and more motivation in the workplace and hence the willingness to take on more projects, tasks, and responsibilities also increased.

The Creative Knowledge Worker and the Right Brainers

Why is work so important to us and what is it that drives our motivation in the workplace? This article will gaze closely into what motivates and drives the creative knowledge worker. (1) Many of the traits may also be useful to other types of workers with of more routine based work (2) but our knowledge in this research field suggests a division between the creative knowledge worker and more routine based worker. (3)

The New York Times top 10 Bestseller, Daniel Pink, described in his book from 2006; A Whole New Mind, how the future workforce demand is changing from the more routine based skills (left brain) to more and more creative skills (right brain):

We may call it right brain activities or creative knowledge work but the point is, that this type of work and its workers are highly valued and are representing a larger and larger percentage of today’s workforce. Especially in countries like The US, UK, Western European countries, Japan, Singapore, Taiwan, Australia & New Zealand, etc. And also in countries with a huge workforce such as Brazil, Russia, India, China and South Africa, often referred to as the BRIC countries.

The demand for ‘right brainers’ is constantly increasing and these are the three main traits that they possess:

So the question remains, what drives Motivation in the Workplace for Creative Knowledge Workers - the right brainers?

Biological Drive: A Paid Hour a Week for Sex?

“A local official in Sweden has a novel proposal to improve work-life balance and lift the local birthrate: give municipal employees an hourlong paid break each week to go home and have sex.” (The New York Times, Feb 23, 2017)

Normally we don’t associate sexual drive with motivation in the workplace. Sweden is known for its wide gender equality and long parental leave. Swedish parents are entitled to 480 days of paid parental leave and of those 90 days are reserved for the dad. Sweden even has gender neutral kindergartens so maybe a paid hour a week for sex will be the next biological driver for motivation in the workplace that leaders can apply?

"Extrinsic motivation refers to our tendency to perform activities for known external rewards, whether they be tangible (e.g., money) or psychological (e.g., praise) in nature." (Brown, Psychology of Motivation)

Most creative knowledge workers are paid enough to live reasonably well and their pay is fairly easy to compare with similar people in similar positions. An article brought in Harvard Business Review recently explores the correlation between pay and motivation in the workplace:

The results depicted in the article illustrate the limitations of extrinsic rewards. Other studies, such as the ones by Edward Deci - Professor of Psychology at the University of Rochester - indicate that extrinsic motivation at work tends to have a very short term effect.

Deci’s work shows, that motivation at work declines once specific tasks are rewarded directly with monetary compensation. On the other hand, unexpected extrinsic rewards can be useful when treated with care.

Your team has overcome a major challenge and the leader decides to treat the employees with a nice dinner at a Michelin Star restaurant. The reward was unexpected and the whole team will talk about it for a long time but shouldn't expect it next time something similar happens. If so, then the effect will simply stay away as the reward will be contingent, and thereby regarded as an extrinsic reward.

The management methods of rewarding goals 1:1 and the contingent extrinsic reward and control system was earlier popular within transactional management but has proved to have little or even negative effect for the creative knowledge worker.

Transactional management was first described by Max Weber in 1947 and then by Bernard Bass in 1981. It focused on the basic management process of controlling, organizing, and short-term planning.

The power of transactional leaders came from their formal authority and responsibility in the organization. The main goal of the employee was to obey the instructions of the leader.

The leader believed motivation at the workplace to be found through a system of rewards, controlling and punishment. If an employee did what was desired, a reward followed, and if he didn’t go as per the wishes of the leader, a punishment would follow. This system required a high level of control. Here, the exchange between leader and employee takes place to achieve routine performance goals.

The use of extrinsic contingent motivation and the belief in the reward/punishment system was furthermore closely connected to scientific management and Taylorism in the early industrialism, but now seems to have limited or even negative effect on the creative knowledge worker.

Aside from monetary compensation extrinsic motivation also includes Status, Prestige, Fame, Grades, Praise, Titles, etc. These elements are more sustainable extrinsic rewards than the strictly monetary rewards but still have proven only to have short term effect on the creative knowledge worker.

Instead, the leader should try to achieve and support motivation that comes from inside the individual; Intrinsic Motivation.

Intrinsic Motivation and Rewards: The key to understanding modern motivation in the workplace

The last of the three drivers for motivation in the workplace is often called Intrinsic Motivation, Intrinsic Rewards, or Intrinsic drivers. The terms originate from scientists in the field of psychology and sociology such as McGregor (1960) Likert (1961, 1967), Argyris (1957), Maslow (1965), and Marrow, Bowers, & Seashore (1967).

Intrinsic rewards are known as rewards coming from the inside of oneself and the effect has been well-documented through social science and psychology since the original works of the above experts in the field. Intrinsic rewards cannot be ‘bought’ but are more so stimulated, facilitated, and encouraged.

Here are some examples of intrinsic rewards that drive motivation in the workplace:

Intrinsic rewards often stand in direct opposition to extrinsic rewards, transactional management systems, and the scientific management theories as discussed above. It requires leaders to take on a whole new type of management.

Management by Intrinsic Motivation requires openness, honesty, being connected, a high level of communication and employee involvement and should be upheld by the leader.

When acknowledging the effects of intrinsic rewards and intrinsic motivation, the leader becomes more of a consultant than an inspector.

With similar reference to the names given to the two biggest generations in our workforce at the moment, Generation X - born in the 60s and 70s -  and generation Y - born in the 80s and 90s (also called the Millennials) - one may argue that Theory X Management mainly driven by Extrinsic Rewards points backwards in history and Theory Y, mainly driven by intrinsic rewards, points forward.

Scientific management (Taylor, 1911) assumes that workers are indolent, lazy, and need to be told what to do, and how to do it. McGregor (1960) referred to this approach as Theory X Management. The aim of this system is to establish such careful controls that the workers will do precisely what the managerial elite has planned for them to do.

It assumes that a person will perform effectively to the extent that his rewards are made contingent upon effective performance. The way this assumption is operationalized is through piece-rate payments, with each worker receiving a set amount of pay for each load of pig iron he moves or each batch of widgets he produces.

This approach to motivation is very consistent with a behavioristic orientation and is then essentially an application of Thorndike’s Law of Effect (1898), which asserts that behaviours which are reinforced, or which are punished, will be weakened.

The use of piece-rate payments can also be defended by the psychological literature on expectancy theories of motivation. The basic assumption of those theories is that human behavior is goal directed, in other words, that people will engage in behaviours which they believe will lead them to desired end states.

By the use of Theory X Management and extrinsic rewards the focus shifts from the activity to the rewards. Often, in fact, people will satisfy their intrinsic need to be creative and competent by devising ways to beat the system. They tend to resent control, and they are likely to react against their loss of freedom (Brehm, 1966).

According to cognitive evaluation theory, people’s locus of causality becomes external when they are paid contingently. Since the cause of the behavior is the reward, the behavior itself is only incidental and hence, whatever behavior achieves the results with the least cost will be used. From the organization’s viewpoint, this will be unfortunate, since these behaviors are often not in the best interest of the organization.

Theory Y management, often also referred to as Participative management, on the other hand, focuses on intrinsic, rather than extrinsic, motivation. This orientation assumes that situations can be structured so that people will motivate themselves.

Underlying this approach is the belief that humans have intrinsic motivation to deal effectively and creatively with their environment, and that performing effectively is rewarding in its own right. People can become committed to doing their jobs well, and they can derive satisfaction from evidence that they are being effective.

Unlike Scientific Management or Theory X Management, this approach, based on Intrinsic rewards, integrates planning and doing. The people who carry out the operations should be given greater freedom to decide the most appropriate ways of doing the job; they should be given broad objectives and allowed substantial discretion in determining how the objectives will be achieved.

So what can you do as a leader to implement Intrinsic Motivation?

Try to capture what motivates and drives the individuals in your team. To do that you can add questions about motivation in the workplace to your 1-on-1s with your team members. This can also be done in team sessions. Once you understand what motivates and drives your people you can look at the decision and work processes to make sure they leave space for intrinsic motivation.

5 examples of questions about intrinsic motivation in the workplace: 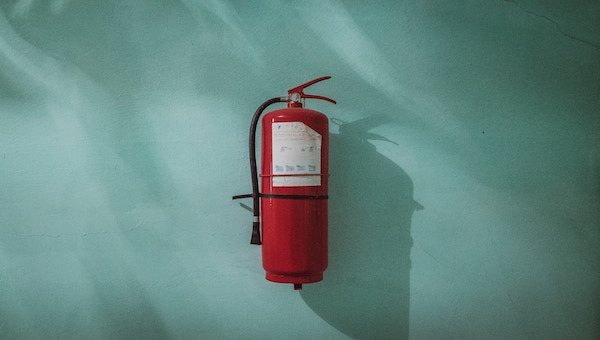 An empowered employee feels psychologically safe in the workplace — they know they can be honest and make mistakes, without fear of judgement or dismissal. So are your teams empowered to perform? 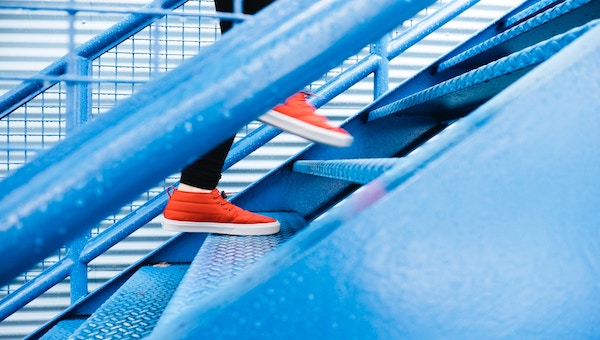 The Kind Of Motivation That Leads To Success

Motivation levels at work are declining, to the detriment of organizational effectiveness and employee wellbeing. So should leaders use extrinsic or intrinsic rewards to encourage performance? It may not be a case of either or…. 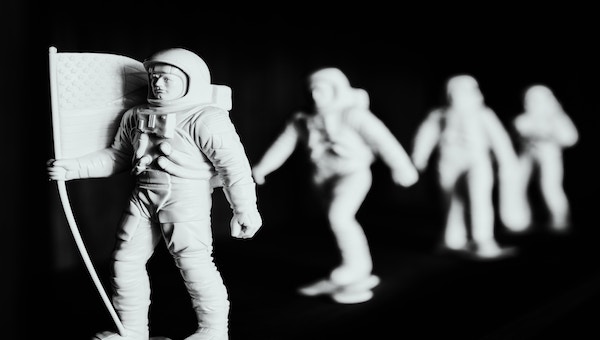 Project teams are individuals brought together for a temporary and unique purpose. As such, they require a specific approach to performance management — so what does that look like?